The second edition of the Lagos State Micro, Small and Medium Enterprises Exclusive Fair is set to commence on August 28th, 2017, at the Teslim Balogun Stadium, Lagos, and will feature items locally produced by young and upcoming entrepreneurs in the State.

The Commissioner for Commerce, Industry and Cooperatives, Prince Rotimi Ogunleye who made the disclosure said that this year’s event themed, “Unleashing the Potential of MSMEs for Economic Diversification”, is expected to bring to the fore discourse on the need to focus attention on the development of MSMEs for national development.

Ogunleye stated that since the major way of developing small enterprises is by encouraging local patronage for local producers, members of the public must join the purchase of made-in-Lagos campaign for the growth of the sector.

“This initiative which we started in 2016 is in recognition of the fact that the major problem confronting MSME operators is access to market and this made the State government embrace this initiative of providing marketing support for these young entrepreneurs to showcase their products to the general public”, he asserted.

He added that the decision of the State government is hinged on the belief that facilitating the market penetration for local products would stimulate demand and supply, stressing that the multiplier effect of the initiative can better be imagined.
The Fair is expected to feature daily workshops and hands-on training as well as daily business clinics with the various business partners among others. 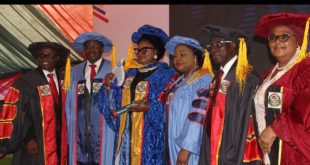 Today, the Lagos State Cooperative College, held its maiden Convocation Ceremony where granduands were Awarded Diploma Certificates, and a few others bagged Honorary Fellowship Award of the prestigious College. 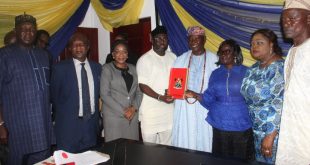 Following the directive of Mr. Governor for the amendment of the Memorandum of Understanding (MOU) signed between Lagos State Government and Parcel B Communities to reflect the 866 Hectares in accordance with the C of O issued with respect to the resettlement land granted to the villages and communities affected by the Lekki Free Zone project in Parcel B.

WE ARE COMMITTED TO THE GROWTH OF MICRO SMALL, MEDIUM ENTERPRISES – LASG